Cardano is up by roughly 10% in the past 24 hours and could be set to reach a new all-time high around $2 soon.

Trading close to the high values above $1.80 is an achievement, but it also led the cryptocurrency to dip to the $1.60 levels yesterday. However, volatility near the all-time high price should be expected, and since touching the lows yesterday, ADA has gained momentum and could set a new all-time high again soon.

ADA is one of the best-performing cryptocurrencies in the past few hours. The ADA/USD pair is trading around the $1.80, which brings it close to its all-time high of $1.83. If the current trend continues, ADA could soon surpass the $1.82 resistance point and rally towards a new all-time high. 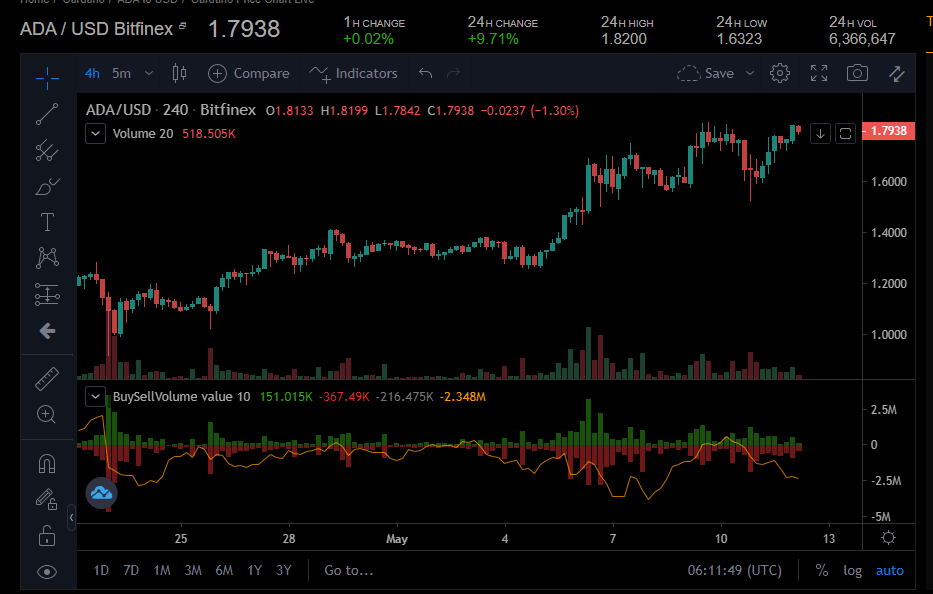 ADA is already within the vicinity of resistance and is showing it can sustain prices within this region. This could boost the confidence of the bulls and lead to another strong buying wave. The MACD suggests another strong buying wave could be on the horizon while its RSI above 61 is heading towards the overbought region. The ongoing rally could finally take Cardano past $2 and battle Dogecoin for the fourth spot in market cap.

However, if ADA fails to break past the $1.82 psychological point, it could lead to a sell-off, and the price could dip to the $1.64 region. Barring an extended sell-off, ADA should comfortably defend its major support level at $1.52. At the moment, a push above $1.82 could give the bulls the needed momentum to finally reach $2.