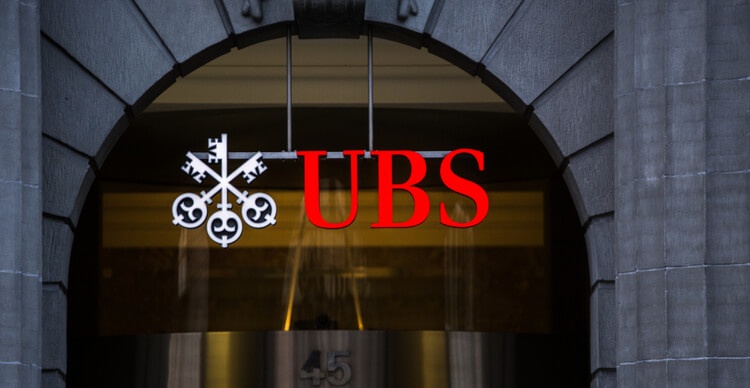 The past year has seen numerous traditional financial institutions enter the cryptocurrency space. A number of them are offering clients access to cryptocurrencies, directly or indirectly. UBS could be next in line after sources revealed that the Swiss bank is exploring possible ways to offer cryptocurrency exposure to its clients.

The sources told Bloomberg that UBS wants to offer its wealthy clients access to cryptocurrencies. However, the clients will only be allowed to allocate a small portion of their wealth to limit their exposure to cryptocurrencies, due to their volatility. The sources added that UBS is keeping its options open, and one of them is allowing the clients to invest through third-party investment vehicles.

The move will mirror that of Morgan Stanley and Goldman Sachs. The investment banks announced a few weeks ago that their wealthy clients could gain access to cryptocurrencies. Morgan Stanley has already launched the service, while Goldman Sachs intends to start this quarter.

Citigroup and JPMorgan Chase are the two other leading US banks that are reportedly considering similar moves. The sources added that UBS is considering an entry into the cryptocurrency space due to the high demand from its clients.

The high demand for cryptocurrencies and their related products is the reason why other leading investment banks entered the crypto space. “We are monitoring the developments in the field of digital assets closely. Importantly, we are most interested in the technology which underpins digital assets, namely the distributed ledger technology,” UBS said in a statement.

UBS might be making a move into the crypto space to keep up with its local rival Julius Baer Group. Julius Baer’s CEO Philipp Rickenbacher revealed at a conference last week that the wealth manager is working on partnerships that would allow its clients to gain access to cryptocurrencies.