On-Chain Analyst Claims ETFs Will Send Bitcoin to the Moon

On-Chain Analyst Claims ETFs Will Send Bitcoin to the Moon 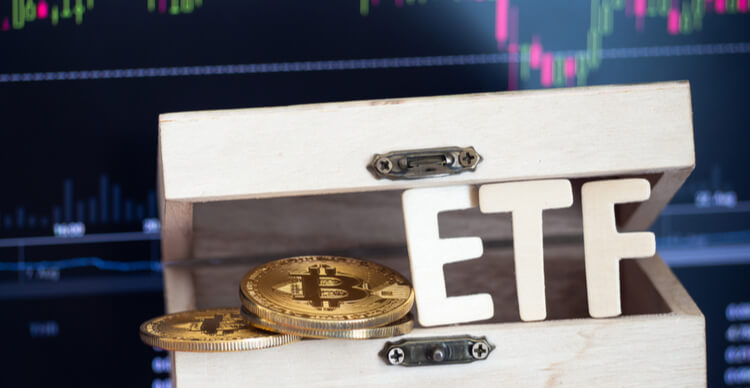 The approval of a Bitcoin exchange-traded fund (ETF) will likely send BTC prices high, according to Ki-Young Ju

On-chain analyst Ki-Young Ju claims that the approval of a Bitcoin ETF in the US will drive BTC prices up. In his opinion, the flagship cryptocurrency may never dip below $50,000 once the Securities and Exchange Commission (SEC) gives the green light on a Bitcoin ETF. Ju referenced the market activity back in 2004 when Gold’s first Exchange Traded Fund (ETF) was approved.

“NYSE listed the first gold ETF in Nov 2004, and the price never came back,” he noted in a tweet. “Many economic factors have affected the gold price, but listing ETF would have played a major role in the inflow of global institutional funds. We may never see this BTC price again once ETFs approved”

He added that if Bitcoin mimics the pattern, its price may never sink below $50,000 again. He also set forth there was a possibility of Bitcoin’s price seeing lift after the SEC approval of an ETF.

On this, he explained that the approval would make the US a trailblazer, and other countries will seek to emulate the developments. More institutional investors may consequently move to acquire the crypto asset. Other firms may also be convinced to launch their own ETF products.

The overall effect will likely be bullish, which means Bitcoin will see a lengthy period of gains, and its price will rise higher as a result.

“…US followers like Korea will approve Bitcoin ETFs, more global institutions will buy BTC, and more global financial services will launch Bitcoin funds […] The bull market may last longer than we thought,” he said.

Despite not getting any positive response from the SEC, several firms have continued submitting their Bitcoin ETF applications. As of writing, there are a total of eight active ETFs pending approval. Any of the funds could potentially be the first to hit the market.

The investment firm Galaxy Digital was the latest applicant, having filed its submission in the middle of last month. VanEck, the first applicant, had the decision on its application delayed until June 17 by the regulator. Crypto experts believe that the US will see the approval of its first Bitcoin ETF at some point this year.