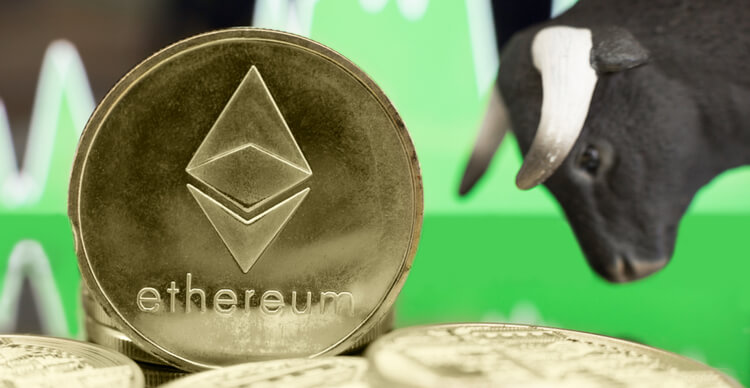 Ethereum broke the $4,000 level earlier today, and analysts believe more is to come in the coming months

Ethereum, the second-largest cryptocurrency by market capital, shot up above $4,000 today. The development comes just a week after the token’s price surged beyond $3,000. ETH’s all-time high price now stands at $4,140.10, according to data from Coinmarketcap. The latest rally means Ethereum has gained about 470% since the start of the year when it was trading for $725.

Ethereum has set multiple record highs this year so far, however, the biggest uptrend occurred this month — with ETH’s value rising by more than 30% in less than a week. Ethereum’s market dominance has significantly climbed up to 19%; a level last touched three years ago in the last bull market.

Prior to the weekend’s rally, Mark Cuban said that Ethereum was poised to grow in value, giving three reasons to back his projection. Several other crypto experts and analysts are convinced that more gains are on the way for the token.

Magnetic’s co-founder, Megan Kaspar, also predicted that Ether would trade around $10,000 towards the end of the year. Kaspar previously claimed that Ethereum would reach the mid-$3,000 level, a prediction that has come to pass less than five months later. She stated her new price target on Friday while speaking on Yahoo Finance Live and added that Ether’s market capital would rise to $1 trillion.

“… updates on the network alone could push Ethereum to a trillion-dollar market cap which is where bitcoin is at today — that would make Ethereum around $8,000 to $10,000.”

In a Saturday interview on the Altcoin Daily YouTube channel, crypto influencer Ben Armstrong gave his price predictions for Ether. He told the hosts of the channel that Ethereum would touch $10,000 before September.

Lark Davis, popularly known as The Crypto Lark, also laid his bullish prediction on the table yesterday. Davis reiterated on Twitter that Ether’s price was on course to $10,000.

Ether’s market capital currently stands at $476 million, according to Coinmarketcap. At this figure, it is ahead of several big names, including NVIDIA, Johnson & Johnson, Walmart, MasterCard and PayPal. It’s also on track to surpass JPMorgan Chase, whose market cap is $488 billion per companiesmarketcap and could challenge Samsung if the uptrend continues.