Grayscale becomes first ever crypto sponsor of an NFL team

Grayscale becomes first ever crypto sponsor of an NFL team 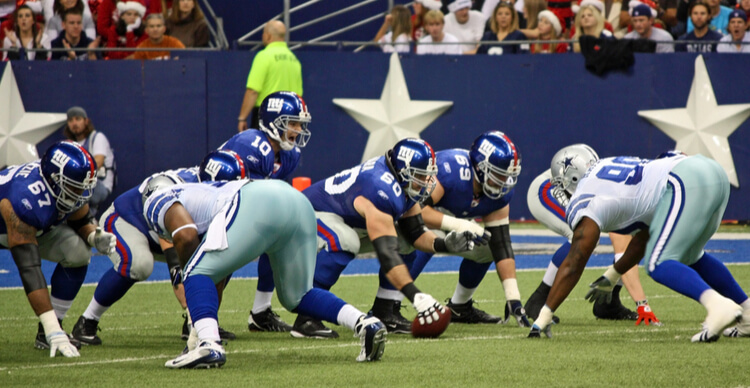 Grayscale Investments has over $46.65 billion in assets under management and will be guiding the New York Giants in navigating the crypto ecosystem

The Giants have won eight championships and are the only NFL team to have had a Super Bowl victory in each of the last four decades. The team’s Chief Commercial Officer, Pete Guelli, commented, “We are excited to partner with Grayscale, who are innovative leaders in the digital currency market. During our extensive evaluation of the space, we determined that we not only wanted a partner that understood the value of aligning with the Giants brand, but also could guide us in navigating the cryptocurrency ecosystem. Grayscale quickly emerged as a company that shares our passion for the New York market but also has the institutional knowledge and network of partners that we can access as crypto continues to evolve.”

Grayscale Investments offers investors exposure to leading cryptocurrencies and is the world’s largest digital currency asset manager. Grayscale has more than $46.65 billion in assets under management, including 654,885 bitcoin, worth over $37.6 billion and representing 3.12% of the maximum supply, according to data from Bitcoin Treasuries.

Grayscale will be hosting annual voluntary educational seminars for Giants personnel on cryptocurrencies, as well as being the Presenting Sponsor of The Giants Foundation Golf Outing. Founded in 1993, the Giants Foundation provides financial support to organisations in the tri-state area that tackle important community issues.

CEO of Grayscale, Michael Sonnenshein, added, “Our partnership with the Giants is incredibly meaningful because our roots are in New York. We’re excited to partner with such a forward-thinking franchise, to work together on philanthropic initiatives, and to continue to support the New York metropolitan community.”

The news seems to be part of a broader trend of crypto acceptance and adoption in sport. Many football teams around the world have launched fan tokens through the Socios.com platform, including FC Barcelona (BAR), Juventus (JUV) and Manchester City (CITY). Also, in March, crypto exchange FTX won naming rights to the Miami Heat stadium as part of a $135 million sponsorship deal. This came a week after Crypto.com became an official sponsor of NHL team the Montreal Canadiens.