The leading cryptocurrency has reclaimed its 100-day simple moving average (SMA) above $56k and could target $58k in the coming hours.

Bitcoin shrugged off yesterday’s losses and is up by 4% against the US Dollar in the past 24 hours. The price remains well above the $54,000 support zone, allowing the leading cryptocurrency to rally past the $55k and $56k resistant levels yesterday.

The BTC/USD pair climbed towards the $58k mark yesterday before declining to currently trade above its 100-day SMA. The price corrected lower to now trade around $57k. However, BTC could rise higher and touch $58k over the next few hours. Analysts are still convinced that Bitcoin is in a bull market despite struggling to overcome the $60k barrier in recent days. 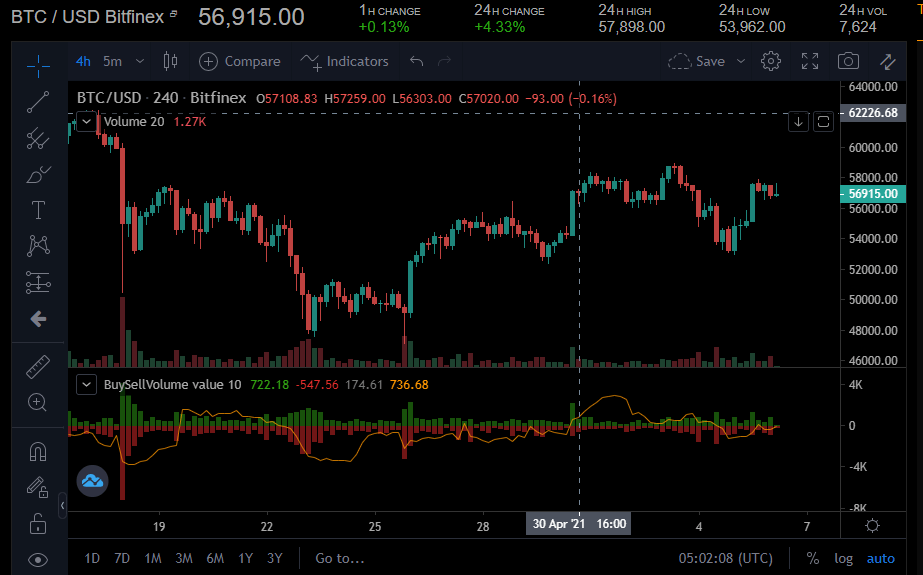 Bitcoin’s technical indicators show that it is on a positive trend. The BTC/USD MACD is indicating positive signs, and it could gain in the bullish zone. The RSI (Relative Strength Index) for BTC/USD is now well above the 50 zone, and it has established major support levels at $56,600 and $55,500. An extended rally could see BTC surpass the significant resistance levels at $57,600, $58,000 and $60,000.