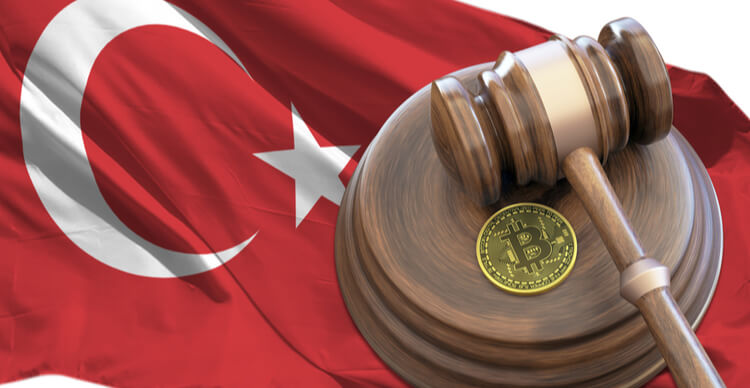 In a presidential decree on Saturday, the Turkish government expanded the list of firms covered by regulations on money laundering and terrorism financing to include cryptocurrency trading platforms.

“Crypto asset service providers” will now be subject to Turkey’s rules on cryptocurrency transactions effective immediately, as stated in the Official Gazette.

The news may not be welcomed by many in Turkey, where cryptocurrencies have been booming in popularity recently. Over the past 30 days, “Bitcoin” has been searched more in Turkey than any other country, according to data from Google Trends.

In March, President Erdoğan shocked investors by sacking central bank governor Naci Ağbal as inflation reached a six-month high of 16.19%. The Turkish lira has been slumping against the US dollar since mid-February, falling from $0.14 to a five-month low of $0.12.

All this has led many Turkish investors to turn their attention to cryptocurrencies, with 23 billion lira ($2.8 billion) worth of crypto being traded in the four days following Ağbal’s dismissal. A total of 218 billion lira ($26 billion) was traded in crypto transactions between the start of February and 24 March this year — up about 3,000% from the same period last year.

The announcement follows Turkey’s banning in mid-April of crypto payments. The central bank said that payment service providers would not be able to develop business models that used crypto assets, citing possible irreparable damage and transaction risks. Bitcoin fell by about 18% in the week following the news.

Two Turkish cryptocurrency exchanges ceased operations shortly after the ban. The Thodex platform had been handling hundreds of millions of dollars worth of crypto trade before users alleged the company had denied them access to their funds and scammed them. Six people were arrested and at least 83 detained as part of a probe into the platform.

Shortly before this, four people were arrested as part of a fraud investigation into Vebitcoin after the Turkish exchange stopped all activities citing financial strain. With hundreds of thousands of users affected by the exchanges’ exits, many officials have been calling for better regulation of the crypto market in Turkey.

Whether the recent expansion of regulations will curb the rise of crypto popularity in Turkey or simply provide more investor confidence in digital assets remains to be seen.