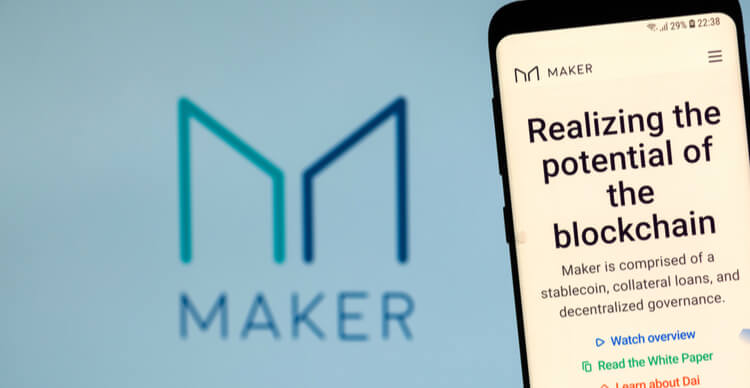 The Maker Foundation has sent back a total of 84,000 MKR tokens to MakerDAO and will now let the protocol move become fully decentralised. The tokens are estimated to be worth around $480 million and will be left in the hands of the community. The Foundation’s role from the get-go was to build the DAO protocol and make it self-governing before exiting.

It believes the bulk of this work is done and what remains is dissolution. The returned tokens were part of its Development Fund that funded its work. This fund no longer serves any purpose now as the protocol has achieved most of its initial objectives. The foundation, which has been in charge of the protocol, is set to dissolve before the end of the year.

It will then usher in a new era of decentralisation for the protocol. MakerDAO is a decentralized credit platform that runs on the Ethereum blockchain. It supports the Dai stable coin pegged to USD and uses this token to vote on decisions affecting the protocol. By returning the tokens from its development fund, the Maker Foundation has handed over the reins of the protocol to its platform users.

The move is indeed a major one for the protocol that is on the path to full decentralisation. Maker Governance will now determine what to do with the returned tokens. The Foundation confirmed the development in a blog post published yesterday, specifying that there were no set conditions or terms for the return.

The announcement detailed that technical contributions to Maker’s liquidation engine had been finalised and the DAO core unit framework was already set. All that is left at this point is for the foundation is to step back and “turn inward to focus solely on its dissolution.”

It, however, held onto less than 1% of the total MKR supply that would be used to fund the process of dissolution. It also promised to keep updating the community by posting progress reports until it finally becomes obsolete. Upon dissolution, the protocol will become truly decentralised and self-sustaining.

“To that end, it has retained less than one percent of the total current MKR supply to manage the transition and as a bulwark against future potential liabilities,” the blog post read.

MakerDAO is one of the best performing lending protocols and currently sits at first place in TVL rankings with approximately $11.9 billion locked. Aave ($10.72 billion) and Compound ($9.73 billion) follow in second and third spot, respectively.