Is Ethereum decoupling from Bitcoin?

Is Ethereum decoupling from Bitcoin?

As Bitcoin continues in its struggle to escape a months-long consolidation band, many Ether bulls are claiming that a “decoupling” is occurring—a prophesied unhitching of the price action of ETH from that of Bitcoin—but it seems equally plausible that the market is simply enjoying a brief “alt season”.

The term “alt season” refers to the theory that while the macro moves of Bitcoin, the largest cryptocurrency by market cap, tend to broadly dictate those of other cryptocurrencies, altcoins tend to outperform Bitcoin during certain periods of low BTC-related excitement.

A pseudonymous on-chain analyst, dilutionproof, speculates that Bitcoin’s consolidation and recent lack of upside volatility may be putting off impatient traders looking for quick cash profits: “Traders and investors with a high time preference get bored by the low volatility and start to look at altcoin markets, leverage – or in this case both”. 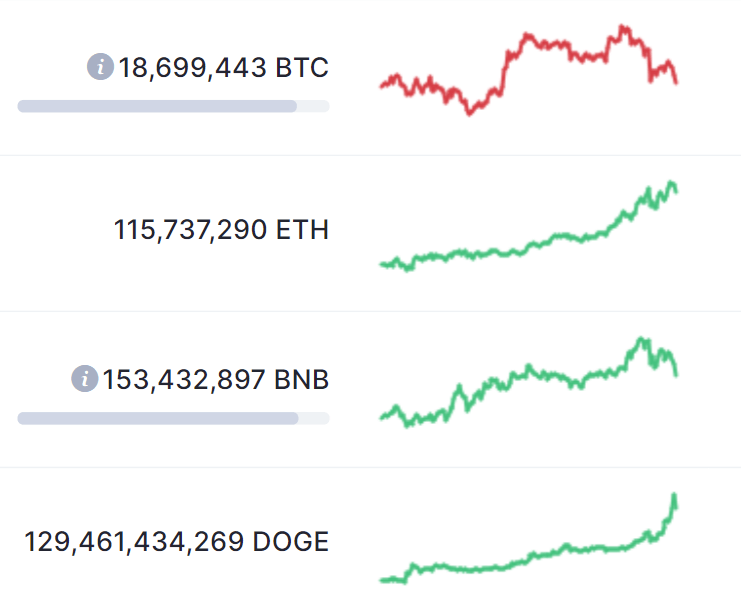 Further support for the alt season argument rather than a true decoupling comes from comparisons between 7-day price charts. ETH is certainly behaving differently to BTC, however the similarity of ETH’s price moves to those of DOGE (and BNB to a lesser extent) stand in opposition to the decoupling theory.

DOGE is a coin that openly admits that it is a joke, and was never intended to be a serious investment (and indeed, has very little by way of real-world uses), and its recent rally has been sustained largely by GameStop-style retail investing on the back of Elon Musk’s jokey support and TikTok memes.

The decoupling argument rests on the notion that decoupling is a rational and natural process as a result of investors determining that Ether is of greater value than Bitcoin. Ether’s similarity to Dogecoin’s movements, however, may well indicate that the current rally is more likely to be a hype-induced and profit-seeking one, as hypothesised by dilutionproof.