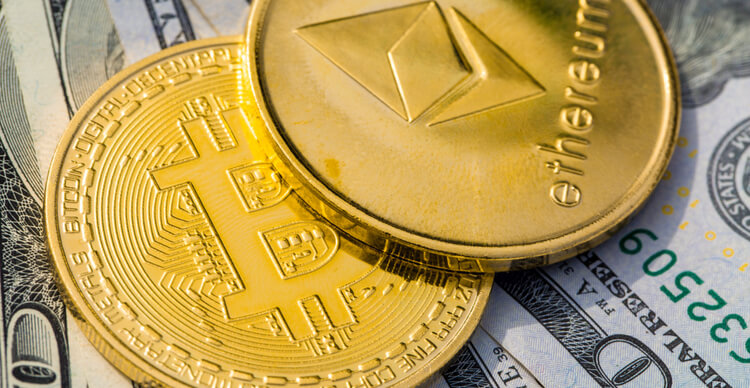 Ethereum made headlines this week after touching new highs on Wednesday and later on Thursday: here is your monthly review for April 2021

Bitcoin struggles to break $56k while Ethereum closes in on $2.8k

It has been another frustrating week for Bitcoin bulls who failed in their attempt to send BTC price above the $56k level. The leading crypto started the week poorly after a weekend that saw its price plunge below $49k. Bears temporarily took control of the market on Monday, with the asset sinking further to a 30-day low just above $47k.

The crypto managed to recover within a few hours, rising to $54.2k before closing the day at $53.4k. BTC price remained around the $54k level for the larger part of Tuesday, peaking just below $55k on the day. Bitcoin finally cut above $55k on Wednesday but failed to breach $56k despite brief spells of an uptrend. Instead, it traded around this range, followed by a slight dip to $54k on Thursday. The crypto is, as of writing, swinging around $54.2k.

Ether has enjoyed a good week seeing enough upside momentum to push its price north past $2,700. The token has generally been on an uptrend since Tuesday after a plunge to $2.2k earlier this week. ETH notched a mid-week high of $2,713 on Wednesday. The price, however, corrected for a few hours before bouncing back and breaking the previous day’s high.

The crypto asset swung around $2,750 on Thursday before climbing to a new all-time high of $2,798 in the evening. Its price has since dropped, but as things stand, there is still a possibility for a break out to $2,800. Ethereum is currently trading around $2,780.

Through a blog post, a U.S. bank presented more details of its crypto custody service, confirming that it will administer the NYDIG’S ETF product awaiting approval from the SEC. The blog revealed that the bank is in its final stage of developing the offering that involves sub-custodian selection and internal reviews.

The bank intends to dispense NYDIG’s ETF Bitcoin fund later this year when the ETF gets approval. NYDIG applied for approval from the United States Securities and Exchange Commission (SEC) in February, but like other applicants, it has not received any feedback. On Wednesday, the Commission communicated that it pushed the decision of VanECk’s Bitcoin ETF application to June at the earliest.

PayPal boss Dan Schulman admitted that the demand for its crypto offering transcended initial estimates early this week. The payment service provider set foot into the crypto sector in the last quarter of 2020 when institutional investors were making their entrance. The company has remained committed to crypto and engaged in several crypto-related activities.

The latest activity involves its subsidiary Venmo which announced in the middle of this month that it would be supporting digital assets on its platform. As noted by Schulman, interest in PayPal’s crypto offering has been on the rise amidst these developments.

The PayPal boss talked about other topics, including the story behind the company’s crypto foray. He revealed that the company had been considering the option of getting into crypto long before it made a move. Schulman also touched on the future financial ecosystem, predicting that cash and credit cards will be redundant in a decade. In his opinion, the two will be replaced by mobile phones and superapps.

The Turkish Central bank confirmed last weekend that it would introduce new cryptocurrency rules in two weeks. Through its Governor Sahap Kavacıoğlu, the bank further noted that it is not looking to outlaw cryptocurrencies in the country. Speaking on the nationwide TRT channel, Kavacıoğlu explained that the crypto legislation would ensure the crypto sector in the country remains healthy.

The Turkish central bank head, however, didn’t divulge any specifics of the regulations proposed. He expressed his worry about the money leaving the country through crypto, asserting that it was a situation that needed to be fixed. Kavacıoğlu said there were no reliable estimates at the time, but that didn’t change the fact that most of the country’s funds lost through crypto were not recovered.

The crypto sector in Turkey has been faced with challenges in the last few years. Not long ago, the apex bank prohibited their use as alternatives to settle payments. There have also been two recent cases surrounding crypto exchanges in the country. One involved the crypto exchange Thodex, whose users lodged a suit alleging that the exchange’s chief executive Fatih Ozer had stolen funds. The second one involved Vebitcoin, whose bank accounts are under investigation by local authorities. In the wake of these incidents, the bank has since been forced to review its regulations.

JP Morgan Chase is said to be considering giving some of its clients access to Bitcoin funds. The bank is reportedly preparing to give its wealthy clients redefined crypto exposure in the next few months. The move will make it the latest US bank that offers the service, following Goldman Sachs and Morgan Stanley.

Both leading banks have confirmed their intentions to introduce Bitcoin funds to their private clients. The latter already launched its funds at the beginning of the month and, so far, it has been a success. On the other hand, Goldman Sachs said its offering will be available from the second quarter, which means we’re likely to see it between now and the end of June.

Two unnamed sources familiar with the matter said that JP Morgan would collaborate with the New York financial services company NYDIG. The latter is expected to act as the custodian of the Bitcoin funds as per the report. One source divulged that the bank would be inclined to manage the funds by itself.

What’s all the fuss around the Digital Yuan?

The Chinese Digital Yuan has been the talk of the town this month as it gains traction in the country. China confirmed that the central bank-backed virtual currency was in the trial stage featuring pilot programs across different cities. Although it is yet to be rolled out on a nationwide scale, it has become a significant concern to some parties.

The bank’s deputy governor, Li Bo, revealed at some point this month that there were plans to continue assessing the currency to prepare it for the postponed Winter Olympics event. This week, the Chinese e-commerce company JD.com reported that it had paid the salaries of some of its employees using the Digital Yuan.

The digital currency is also reportedly getting support from financial institutions. A Reuters report emerging this week disclosed that six top Chinese banks were backing the digital currency. Some of these banks are the Agricultural Bank of China, China’s Construction Bank, the Bank of China and the Industrial & Commercial Bank of China. Officials from the banks pledged to offer envelopes containing free Digital Yuan to those attending the upcoming Chinese shopping festival.