How To Buy Dogelon Mars (ELON): Best Places to Buy the Meme Crypto

How To Buy Dogelon Mars (ELON): Best Places to Buy the Meme Crypto 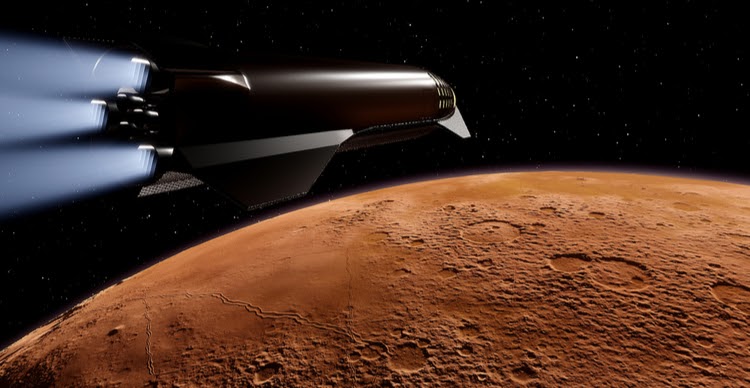 With Dogelon Mars already making gains of 1,651.5% following last week’s launch, some traders may be wondering how to get hold of the new coin

There has been a lot of buzz around new cryptocurrency Dogelon Mars since it launched last week. Despite being very new, the coin has already received some important exchange listings and is trading under the ticker ELON after Elon Musk, the SpaceX CEO. So should you buy Dogelon Mars?

Dogelon Mars has already made gains of over 1,651.5%  since its launch last week; if it keeps its current trajectory and people continue to buy, could it be the next Dogecoin or the next SafeMoon?

What is Dogelon Mars?

Dogelon Mars (ELON) is a recently launched cryptocurrency created from a fork of Dogecoin. The website claims that the coin is named after the capital city of Mars and launched as an “interplanetary currency” in anticipation of bringing the first settlers to Mars.

Dogelon is apparently not meant to be a meme currency and is designed to be “fair”. 1,000,000,000,000,000 ELON were created at launch, with half being burned as a “gesture of peace” to Ethereum founder Vitalik Buterin. The other half has been permanently locked into a Uniswap liquidity pool from which the token will be distributed for sale.

It is unclear if this suggestion is a joke that half of the total supply has been given to the Ethereum founder, but may be a tongue-in-cheek reference to some trolling on the part of the Tesla founder. It should be noted that it is unclear if the Dogelon Mars has been created by Musk, and that the website creator may be an impersonator.

Dogelon has pledged to airdrop ELON tokens to the victims of rug pulls and other scams to build trust in the community. Who receives these airdrops is left up to the Dogelon community.

Where can I buy Dogelon Mars?

This Israeli broker has been offering reliable and innovative services since 2008. In addition to cryptocurrencies, users can trade in shares, indices, forex, commodities, options and ETFs. Plus500 offers 24/7 CFD trading with leverage on the most popular coins, as well as the Crypto 10 Index, which measures the performance of the top 10 cryptocurrencies. Tools provided such as price alerts and stops will also help crypto traders manage their risk.

For buying CFDs in products like Dogelon, FXTB is a good option thanks to its regulatory status and education platform to keep users informed. This platform allows you to trade CFD products on a wide range of emerging stocks, shares, foreign currencies and commodities, as well as crypto assets CFDs.

With a number of powerful trading tools at your disposal, this platform is a great place to make your first crypto investment.

Will Dogelon Mars rise in value?

All cryptocurrencies are highly volatile and there are no guarantees. However, Dogelon is a fork of Dogecoin, and if it follows a similar course, traders could be in for some major gains.

To put it in perspective, if the price reaches just $0.10, then a bag of 1 billion ELON would be worth $10 million.

It seems likely that the ELON price will be driven by some of the same factors as DOGE price and SAFEMOON price — namely the amount of hype around the coin from the community and its “memeability”.

There is already some Dogelon buzz on social media, with some posters predicting great things for the new cryptocurrency.

i think $ELON might pull a SAFEMOON tbh. its at a ~17m marketcap and 2-3m liq it really could. the team is a force to be reckoned with too they got it on CMC and Gecko in 1 day and i hear there’s a big announcement coming https://t.co/b57TFk97VI https://t.co/yHkp0a4Ly2 pic.twitter.com/J0w1UXp7mY