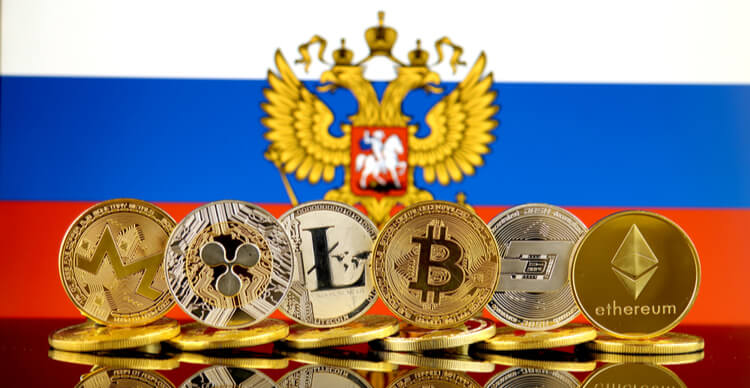 According to a poll conducted by the Bank Otkritie Financial Corporation, one of Russia’s leading banks, many Russians say that cash will likely remain the dominant payment method for the foreseeable future.

The findings were published by Nord News, which reported that the poll was conducted between 12 April and 16 April. The poll focused on 1,000 participants within the age bracket of 18 and 65. All of the participants considered in the survey resided in cities with a minimum population threshold of 100,000.

The survey results differed greatly from region to region in the country. Only 8 percent of residents living in the Northwest region believed that crypto would replace fiat money in the next 10 years. Of all the regions surveyed, this region had the highest confidence that cash will still be used in a decade. Of the surveyed population in the region, 34 percent resolutely agreed that crypto would never replace cash.

Moscow, on the other hand, told a different story. The capital region showed more willingness to adopt and use cryptocurrencies. 21 percent of the participants were of the opinion that digital assets would trump cash. Four out of ten surveyed people were also optimistic that banks would evolve and morph into future digital ecosystems.

Overall, 14 percent of Russians are confident that cryptocurrencies will transcend and eventually oust fiat currency in ten years. Nearly triple this figure (39 percent) believe cash will continue reigning despite crypto adoption. 46 percent of the poll participants felt it would be better if people were presented with the option to choose what to use between cash and cryptocurrency.

Russia is still making progress on its central bank digital currency. Adopting this digital form of currency will potentially affect the influence of cash as it may see less use. Last month, the Bank of Russia was said to be working on the prototype of the Digital Ruble. If everything goes to plan, the digital prototype will likely be completed before the end of the year. The developed prototype will move into the pilot trial stage sometime next year.

According to a previous survey carried out by the Bank Otkritie Financial Corporation early this year, 47 percent of Russians showed optimism towards adopting the Digital Ruble. However, the recent survey revealed that 39 percent of Russian residents didn’t believe in the prospects of replacing cash with a different form of payment. In their opinion, operating without cash is simply out of the question.