Ethereum Price Rallies to Set a New High Above $2,700

Ethereum Price Rallies to Set a New High Above $2,700 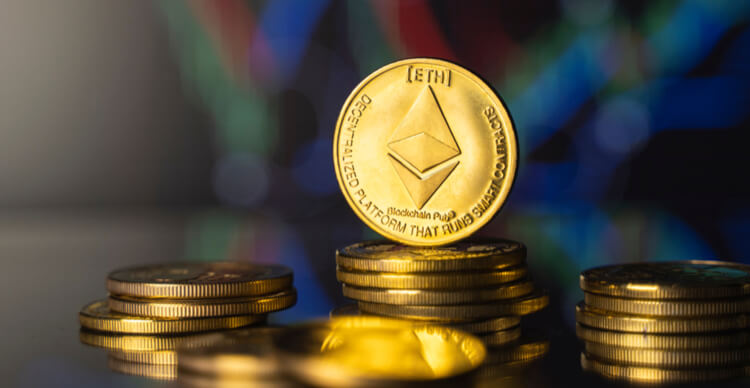 Ethereum prices saw a rise this morning, hitting a new all-time high figure of $2,713. The token started gaining momentum yesterday and built on it before cutting above the $2,700 mark. Ethereum gained over 11% between yesterday and this morning, as noted by Coinmarketcap.

ETH prices have since retreated slightly, with the crypto currently changing hands at $2,616.87, which is 4.5% up in the last 24 hours. This latest upswing has led to an increase in the token’s market capital that has now crossed $310 billion. The crypto asset is now within touching distance of PayPal’s market capital.

Ethereum has posted a large 258% gain since the start of the year, compared to Bitcoin’s 90%.

Crypto analysts believe the recent upsurge was fuelled by the report that the European Investment Bank (EIB) intends to initiate a digital bond sale on the Ethereum network. Yesterday, Bloomberg covered a story claiming that the EIB was intent on issuing a two-year 100 million euro digital bond, as revealed by unnamed sources. The sale is said to be spearheaded by the US investment bank Goldman Sachs, the giant French banking institution Société Générale, and Madrid-based bank Banco Santander.

According to Danny Kim from SFOX, the news set off the short-lived bullish run. Kim, the head of revenue at the crypto brokerage firm, added that the diminishing supply of Ether on exchange also likely boosted the rally.

“The amount of Ethereum sitting on exchanges continues to drop lower and has been the lowest in the past year. With less supply on exchange available, there’s less likely a chance of a major sell-off.”

The most probable explanation is that Ether is being injected into other better-rewarding sectors, such as DeFi. The Ethereum DeFi sub-sector has posted good performances lately, with its user base rising to a record 2 million. According to DeFiPulse, about 11 million ETH is currently locked up in DeFi protocols.