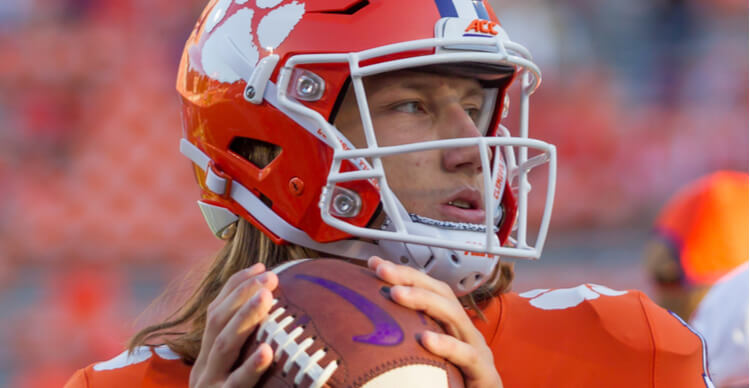 National Football League (NFL) stars Trevor Lawrence and Sean Culkin signed deals yesterday that will see them receive salaries and endorsements in cryptocurrencies. The duo opted to get paid in cryptocurrencies because of their strong belief in Bitcoin and the other digital currencies.

The signing bonus was paid entirely in cryptocurrencies and was deposited into his Blockfolio account. A source close to the matter revealed that the value of the cryptocurrencies had increased from when he was paid on Friday.

The CEO of Blockfolio and FTX, Sam Bankman-Fried, was excited by this deal. He believes that the deal is a win for the cryptocurrency space, adding that the quarterback’s positive attitude towards cryptos attracted Blockfolio. Bankman-Fried added that FTX and Blockfolio intend to promote their businesses to mainstream audiences, and working with Trevor Lawrence is a step forward.

The deal comes a few weeks after FTX signed a 19-year naming rights deal with the Miami Heat. The cryptocurrency exchange will pay $135 million and hold the naming rights to the stadium till 2040.

Culkin to receive his salary in Bitcoin

According to Culkin, investing in Bitcoin is a better option for him than gold, real estate, and other traditional investment vehicles. He added that the investment is a long-term play rather than a get-rich-quick option.

“I’m not suggesting that everyone allocate 100% of their salaries to Bitcoin. This is a decision I made after seriously considering my current wealth and expected expenses in the near term. I believe this cryptocurrency provides the best asymmetric return available, going forward,” he added.

Culkin believes Bitcoin’s value will rise over the coming years, and he intends to benefit from this emerging market.