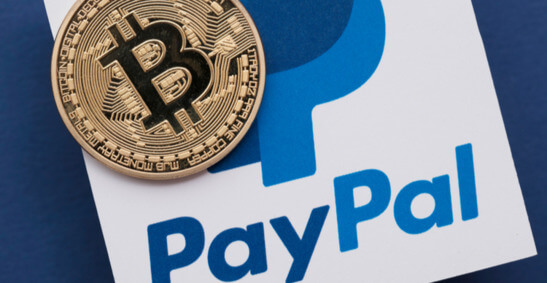 PayPal CEO Dan Schulman has revealed that interest in the crypto offering from the firm has grown beyond initial expectations. The overall crypto market reacted positively when PayPal first announced it would support cryptocurrency purchases on its platform, with Bitcoin touching a then-high of $13,250, with other crypto tokens following suit.

The payment service provider has continued to show interest and a willingness to be involved in crypto projects. It confirmed the acquisition of crypto custodian Curv and introduced crypto checkout services to US customers shortly thereafter. Last week PayPal’s subsidiary Venmo revealed it would also support cryptocurrencies.

During this period, the demand for its crypto offering has steadily increased. In an interview with TIME magazine, Schulman said “We’ve been looking at digital forms of currency and DLT for six years or so. But I thought it was early, and I thought the cryptocurrencies at the time were much more assets than they were currency. They were too volatile to be a viable currency.”

In response to an enquiry about how the demand has been, the PayPal boss said the interest has blown past the initial projection.

“Demand on the crypto side has been multiple-fold to what we initially expected. There’s a lot of excitement,” he said.

When asked about what the future payment model would look like, he predicted that cash usage would come to an end. He asserted that the current model is unreliable, and for this reason, many changes will occur to improve it. Schulman bet on superapps to be developed, adding that about six to ten of them will help facilitate payments and transactions.

Credit cards will similarly be phased out in the future – “ten years from now” – , he believes. They will see limited use and will eventually be replaced by phones. He added that central banks would also have to consider their policies to keep up with the changing times.

Schulman also briefly touched on the relationship between cryptocurrencies and central bank digital currencies. He additionally talked about the need for creating “wide moats and high towers and turrets” to combat cybercrime.