Is Bitcoin in Decline After Dominance Dips Below 50%?

Is Bitcoin in Decline After Dominance Dips Below 50%? 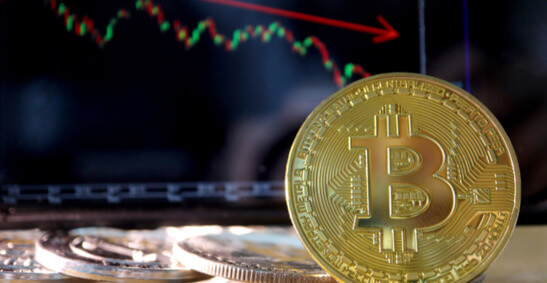 Bitcoin is yet to bounce back from a wild run that saw its price drop below the $50k key support level towards the end of last week. The crypto coin’s dominance in the crypto sector has also been dented following the massive price dip. The Bitcoin dominance index, which shows Bitcoin’s market capitalisation against that of the overall cryptocurrency market, sank below 50% at the end of last week for the first time since the start of 2018 — which happened to also be the beginning of the last bear market.

The index figure at the start of this year was just above 70%, and the dip below 50% means the crypto has shed more than 20% of its dominance this year alone. As expected, a few altcoins have managed to record an upswing in their dominance within this window.

Ethereum and Binance Coin are the standouts, having posted significant dominance rises. Ether’s dominance this year has increased by 4% overall, whereas Binance Coin’s has grown by almost 3.5%.

Bitcoin is yet to recover, but it has recorded some decent gains in the last few hours and is currently 5.27% up in the last 24 hours, changing hands at $52,345.

According to Coinmarketcap, Bitcoin’s market dominance currently sits at 50.28%. Ether, whose price is up by almost 11% on the day, is in second place with a 14.50% dominance, followed by Binance Coin with a 4.16% dominance index. The crypto assets outside the top 10 collectively accounted for about 10% at the beginning of the year. This figure has nearly doubled to 18% at present.

CoinShare’s Meltem Demirors shared a couple of tweets yesterday, explaining the dropping Bitcoin dominance index. She also confirmed that this slump may impact other markets. During 2018’s Bitcoin dominance dip, altcoins were the biggest beneficiaries, recording huge gains. There is a possibility that things could pan out in a similar manner, at least according to Demirors.

“The story around BTC dominance and the rise of alts is def one to follow,” Demirors said. “History doesn’t repeat, but it rhymes. I’m curious to see how this cycle will unfold and what will be different.”

Industry experts appear to have mixed views on the perfect time to jump into altcoins. Some agree that the favourable alt season is around the corner, and traders should be preparing to capitalise on the opportunity as soon as it arises. Others are of a different mind as they aren’t convinced the best time to switch into the altcoin lane has come.