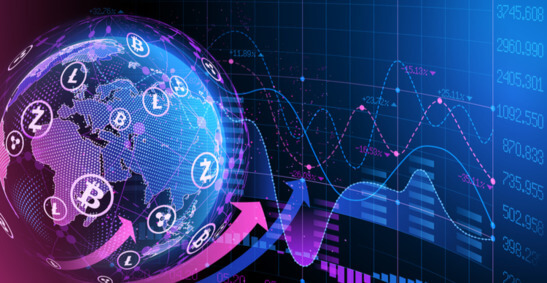 Here are the major stories you may have missed from the cryptocurrency sector this week:

Former Bank of China Governor: China will use its CBDC locally

The former head of the People’s Bank of China stated earlier this week that the country only plans to use its Digital Yuan within China’s borders. Zhou Xiaochuan, the Central Bank’s former boss, stated that China had no intentions of extending the digital currency’s application scope to a global scale.

In Xiaochuan’s opinion, employing the CBDC as a global reserve currency would not be without consequences, especially to the independence of countries’ monetary policies. So far, no confirmation or announcement has been made regarding the schedule for the complete implementation of the Digital Yuan.

However, there are plans to expand the scope of testing the currency, at least according to bank’s Deputy Governor Li Bo. There’s even more need to evaluate the Digital Yuan thoroughly in regards to the cross-border transfers as the country gears up for the Winter Olympics event that has been put off until next year.

It has been barely a month since reports emerged that many departments within the US government were studying the Digital Yuan to see if it threatened the hegemony of the US dollar. In response to these reports, a top ranking official at the Bank of Japan asserted that the claims were false and the Digital Yuan did not pose any threat.

The recently NASDAQ-listed exchange Coinbase has listed the Tether stable coin on its reserved Pro platform. The Ethereum-based virtual asset is already supported on other blockchains, with Coinbase specifying that it would “only support ERC-20 USDT running on the Ethereum blockchain.”

Tether is currently the largest stable coin by market capital and is pegged to the US dollar with a 1:1 ratio. An audit conducted last month disclosed that the digital asset was fully backed by fiat reserves, despite several reports having suggested otherwise. The stable coin, however, won’t be available to regular users using the standard Coinbase platform.

Uniswap, the decentralised exchange on the Ethereum network, has recorded another achievement on its trading volume. Uniswap logged a weekly figure of $10 billion, despite the relatively high gas fees on the Ethereum network. Many traders have also flocked to the platform in the last few months, which could imply more growth in the coming days.

The project’s creator, Hayden Adam, posted the achievement on Twitter, observing that the figure had more than doubled in a period of six months. Adam explained that the protocol was on course to hit a record yearly trade volume exceeding $500 billion dollars. The team behind the Protocol is currently preparing for the final launch of Uniswap V3.

This new iteration is expected to improve on the current platform. At present, Uniswap is the leading DEX based on Ethereum. Together with Pancake Swap, which is based on the Binance Smart Chain, the two collectively account for nearly 15% of the total TVL of the DeFi sector.

Congress is making progress in its bid to make the crypto sector better for its US crypto investors. On Wednesday, the US House of Representatives passed a legislation to form a working group that will assess current crypto laws. The legislation, titled the Eliminating Barriers to Innovation Act, will now be presented to the Senate and if approved, will be forwarded to the President for the final approval. The Act recommends the creation of a taskforce that will be required to report on the current crypto rules and provide solutions to some questions surrounding crypto regulations.

This taskforce will primarily constitute members from the Commodity Futures Trading Board and the Securities and Exchange Commission (SEC). It will also include other parties such as scholars, investor watchdog groups, companies in the crypto space and entities governed by both regulatory bodies.

The German Stock Exchange announced it was removing Coinbase from the list of stock on the Xetra digital stock exchange and the Frankfurt Stock Exchange yesterday. The Deutsche Boerse Group explained that the move was because of missing reference data. The exchange has only been public for less than two weeks now and the delisting would be a blow to it.

Deutsche Boersehas has since reinstated the stock to its offerings, with a spokesperson from Coinbase claiming it the delisting was “an administrative error”.

The popular US-based office space provider WeWork has confirmed its entry into crypto after announcing it would add digital assets to its books. The firm also disclosed it was partnering with the leading crypto exchange Coinbase and Bit Pay, a payment processing company. It went on to add that Coinbase would lead the way by being the first to settle payment in cryptocurrency.

The commercial real estate company explained it had recognized the growing need for better methods of payment hence the move. The decision comes as more companies start to discover the value of cryptocurrencies mainly due to influence from trailblazers like MicroStrategy and Tesla. WeWork concluded the announcement saying that the adoption of crypto was aligned to its overall goal of helping start-ups.