IOTA price analysis: MIOTA up by 17% — will the rally continue?

IOTA price analysis: MIOTA up by 17% — will the rally continue?

The general cryptocurrency market sustained massive losses over the weekend and at the beginning of the week. However, the market today has bounced back and over the past 24 hours, the MIOTA/USD pair is up by nearly 17% as it looks to reach its three-day monthly high again. The rally was fueled by the broader market, with Bitcoin, Binance Coin and Ethereum all trading in the green.

MIOTA was able to maintain its strong support at $1.828 yesterday, allowing it to rally and set new support points at $1.99 and $2.12, respectively. If the trend continues, MIOTA will be looking to break past the next resistance at $2.30, which could set it up to rally towards its weekly high of $2.6773. 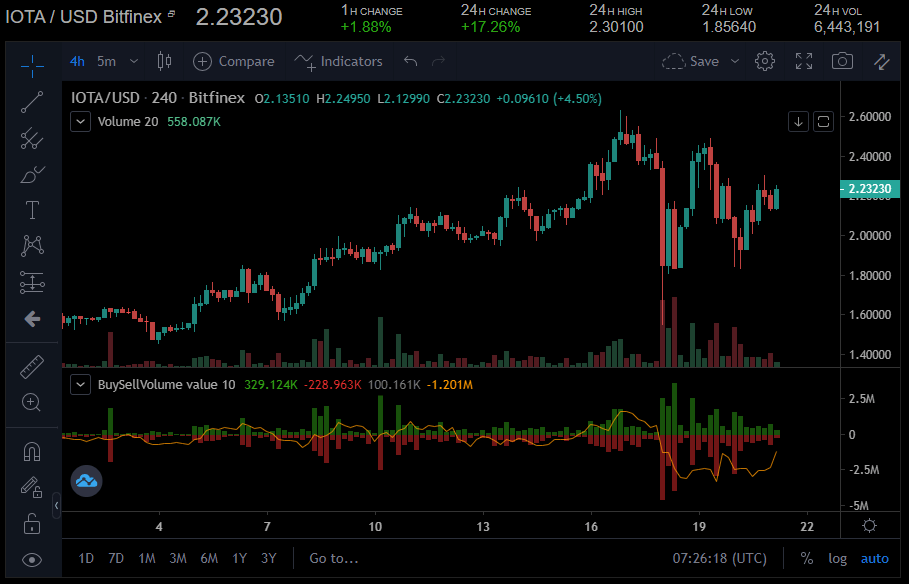 The MACD line is currently in the bullish zone, while an RSI above 50% indicates that the cryptocurrency could extend its rally over the coming hours. MIOTA will need help from the broader market if it is to regain last week’s high.

However, if the market reverses and the bears regain control, then the MIOTA/USD pair could slip towards the $1.99 region. The bulls would then be forced to defend the $1.80 support point for the second time in a week.