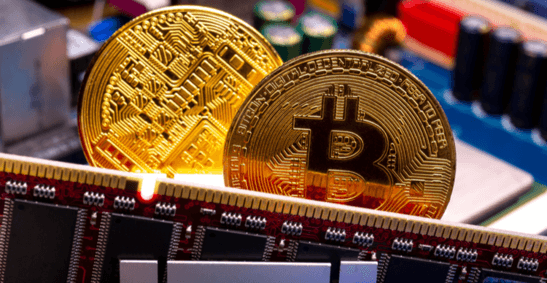 Bitcoin endured a tough session over the weekend plunging below $54, 000 on Sunday afternoon

The leading cryptocurrency by market capital had one of its worst weekend trading sessions this year as its price tumbled. Bitcoin headed into the weekend trading just above $62,000 before shedding 13.8% to settle around $53,450 on Sunday afternoon. The Bitcoin slump affected the general crypto market with around $10 billion being liquidated as a result.

Some industry experts have posited that the dip was the market’s reaction to the move by the US Treasury Department to charge firms said to be involved in money laundering. Crypto analyst Willy Woo, on the other hand, believes that a power outage in a Bitcoin mining region of China had reduced the Bitcoin hash rate, causing the market crash.

Woo pointed out that on 17 April, Bitcoin saw the biggest one-day drop in hash rate in over 2 years.

“We just saw the single largest 1-day drop in mining hash rate since Nov 2017,” he shared on Twitter. “The hash rate on the network essentially halved, causing mayhem in BTC price as it crashed.”

The drop in mining hash rate was also noted by the analytics site Bitinfocharts, which revealed a fall from Thursday’s average hash rate of 157.58 EH/s to 105.42 EH/s on Saturday.

He went on to explain that the suddenly reduced hash rate was related to a power outage in the Chinese’s province of Xinjiang. He backed his argument by revealing that the news of the power outage had been reported earlier referencing news posted on 15 April in the country.

Woo also claimed that a lump sum of 9,000 BTC (equivalent to approximately $517 million at current prices) was transferred into Binance on 16 April.

“9,000 BTC was sent into Binance, read that as a sell off of those coins. […] It’s likely this was sent in from a whale with closer knowledge to happenings in China.”

The crypto guru concluded that the resultant effect of the two events brought about the dip that in turn caused massive liquidations. While his argument seems logical, not all are on the same page with his theory.

Cinneanhaim’s Adam Cochran, is among those with a divergent view on the matter. Cochran labelled the explanation as nonsense, adding it was the analysis of people who “didn’t understand math”.

Bitcoin has recovered from the weekend and is currently changing hands at around $57,275. The total crypto market cap has also climbed up to $2.09 trillion, up 1.3% in the last 24 hours.