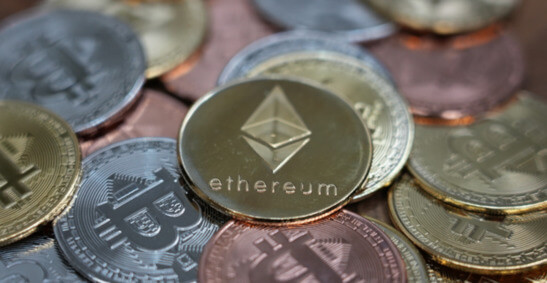 It has been yet another exciting week in the cryptocurrency sector, with Coinbase making the news. Here is what you might have missed

Bitcoin flourishes as Ether continues with an uptrend

The two leading cryptocurrencies had quite a week, rising to their highest levels yet. Bitcoin came off the weekend with some slight upward momentum striking $60,000 early on Monday. The flagship cryptocurrency swung around this level for the rest of the day with only occasional minor dips before surging beyond $62,000 and later $63,000 on Tuesday. Bitcoin then rose sharply on Wednesday to set a new all-time high above $64,860.

Ether started the week exchanging hands at around $2,150 before rising to $2,200 on Tuesday. ETH price against the US dollar rallied towards $2,380 on Wednesday, breaking the $2,400 resistance level the next day. The token remained on a bullish run on Thursday, hitting a new high of $2,540 earlier today, according to data from coinmarketcap.

US Government departments assessing China’s digital yuan for any threat

The US Government is keen to ensure the US dollar retains its position as the reference global exchange currency and will do everything to prevent it from being toppled. According to the Bloomberg report published on Sunday, the United States Treasury, Pentagon, National Security Council and State Department are all involved in assessing whether the digital yuan impacts the US Dollar. The departments are also working out how China plans to use the currency and if it will work around sanctions.

Countries in Europe and the US still lag in terms of development of a digital currency. The UK, the US, and other countries have shown interest in a digital currency, but none has made a significant jump towards development yet. The two leading countries in East Asia [China and Japan] have, on the other hand, made considerable progress. China is inching towards launch, whereas the Bank of Japan recently confirmed it had begun conducting trials on its digital yen.

Biden’s pick for SEC chair, Gary Gensler, will officially take over reigns at the US Securities and Exchange Commission following a successful confirmation. The former banker and Commodity Futures Trading Commission chair appeared before the Senate last month. He is expected to be sworn in soon and replace Jay Clayton, who resigned last year. Many in the crypto community hope that Gensler will introduce positive change in a sector that has often been found at fault with the Commission.

The NYSE exchange shared a post on Twitter on Tuesday explaining the importance of NFTs and how these tokens work. NFTs are growing popular by the day as many companies begin to realise their value. Some of the big names already involved in NFTs include Playboy, NBA League, and Christie’s.

US giant bank Morgan Stanley doesn’t believe CBDCs are any threats to cryptocurrencies. The bank reported that the digital currencies would be practical but they won’t take the place of cryptocurrencies. Many central banks are currently approaching the CBDC subject with a positive mind, with a few in advanced stages of developing them.

The multinational bank argues that cryptocurrencies are not at a risk of being supplanted by digital currencies since the former has many use cases. Morgan Stanley particularly pointed out that cryptocurrencies could serve as a store of value. Combined with their flexibility, the bank asserts it would be difficult for them to be toppled.

As it stands, financial and banking institutions have different stances on cryptocurrencies. A fraction of them has accepted and even adopted crypto in varying degrees, whereas some have continued showing disapproval. Morgan Stanley, on its end, claims that the firms cultivating innovations in this sector will be the ultimate winners.

Coinbase officially went public this week and got listed on the NASDAQ exchange market yesterday. Chief Executive Brian Armstrong revealed plans to go public a while back, and preparations have been going on since then. The US-based stock exchange set an initial reference price figure of $250 for the stock ahead of Coinbase going public.

Coinbase chose the unconventional direct listing approach to go public over the popular initial public offering approach. Some of the other notable companies to adopt this approach are Slack and Spotify. The leading cryptocurrency exchange made its debut at an initial price of $380 that only lasted for a short while. The price quickly surged to $429 per share a few minutes after the listing.

It is reported that Coinbase rewarded each of its employees with 100 shares that translate to $32,100 at the current price of $321.00. The platform is available on the NASDAQ market under the ticker name COIN. Other digital assets exchanges are said to be following the event and could also decide to go public in the future.