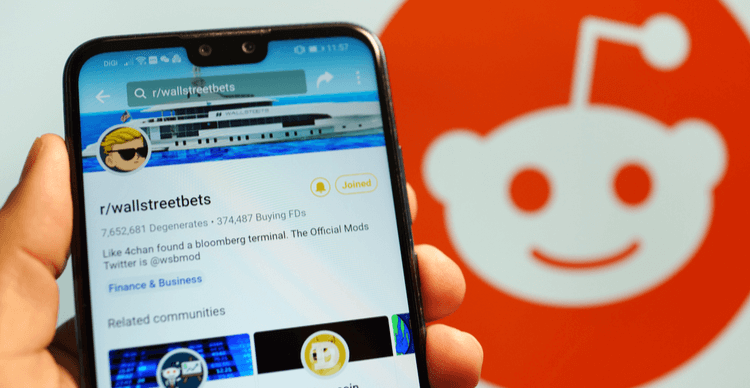 Threads on cryptocurrencies will be allowed on the WallStreetBets (WSB) Reddit Group, according to one of the group leaders. The forum moderator confirmed yesterday that it would support crypto discussions, but these will be limited to just Bitcoin, Ethereum and Dogecoin. The group has not been open to crypto discussions previously despite the popularity of cryptocurrencies in Reddit.

The WallStreetBets group has been relatively dormant since it pumped the value of GameStop shares at the beginning of the year.

“After much deliberation, we’ve decided to allow for discussion about only BTC, ETH, and DOGE only,” the moderator’ bawse1′ wrote. “Inside of a daily Crypto discussion thread as to not burden everyone with crypto spam. All rules will still apply outside of the thread but for now please keep it in the daily thread only as we gauge if this is something that is right for our sub.”

The forum’s moderator noted that the limited crypto discussions would help accommodate the group members interested in crypto while maintaining focus on the stock market.

“Just to be clear, we are not a crypto subreddit. We’re just trying to find a place for you guys within our subreddit.”

‘bawse1’ revealed that the matter had been of concern for a while but was delayed as the demerits transcended the merits. For this reason, the forum leaders saw it fit not to have them on the platform. According to ‘bawse1’, the rationale behind not allowing crypto discussions was to prevent the discussions from changing the group’s focus.

“Our main concern is that crypto discussion overtakes the core of what r/wallstreetbets is about, which is the stock market. I’ve known at some point that r/wallstreetbets will have to find a place for it […] I don’t see the point in delaying the inevitable anymore as crypto is here to stay.”

It is interesting to note that ‘bawse1’ announced the provision on the same day that the popular US crypto exchange Coinbase went public. The crypto exchange became listed on the NASDAQ stock exchange yesterday and has attracted a lot of attention. It has also led to massive movements of crypto prices, including Bitcoin.

Of the three coins whose discussion is allowed, Dogecoin is the one that is more aligned and suited to the group. The developers behind the crypto describe it as a meme, and its historical course is not far from that of the meme stock GameStop.