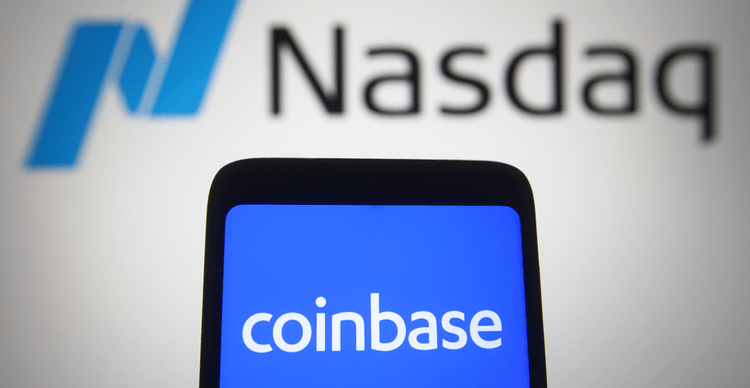 Coinbase finally listed on the NASDAQ stock exchange, trading at an initial price of $380 before soaring to $429 within minutes

Coinbase, one of the largest digital currency exchanges in the world, finally went public yesterday after successfully listing on the NASDAQ stock exchange. The direct listing follows months of preparation from Brian Armstrong and his team.

Trading under the ticker COIN, Coinbase’s stock began trading at $380 per share. However, it immediately climbed to $429 within a few minutes of listing. The initial trading price of $380 gave Coinbase an initial valuation of roughly $100 billion, making it one of the world’s largest cryptocurrency companies.

Although Coinbase went public via a direct listing and not the traditional initial public offering (IPO), the event still marks a great victory for the cryptocurrency sector. Cryptocurrencies have been gaining institutional and retail interest in recent months, and Coinbase’s listing could signify that the market is slowly going mainstream.

NASDAQ had set an initial reference price of $250. However, COIN began trading at $380 per share and immediately reached a daily high at $429. The cryptocurrency exchange gifted its employees 100 shares each, which became valued at $38,000 as the company went public.

Coinbase’s listing came after it delivered perhaps its best quarter in terms of earnings. The cryptocurrency exchange raked in nearly $2 billion in revenue in the first quarter of 2021, surpassing its entire 2020 earnings ($1.3 billion).

Coinbase’s success is tied to the performance of Bitcoin and several other cryptocurrencies. The crypto market is in an extended bull cycle that has seen the total market cap surpass $2 trillion for the first time earlier this month. Bitcoin is up by more than 500% over the past year, after setting a new all-time high close to $65k this week.

With Coinbase now a publicly-listed company, several other cryptocurrency exchanges could follow suit. Kraken had already revealed its plan to launch an IPO before the end of the year.