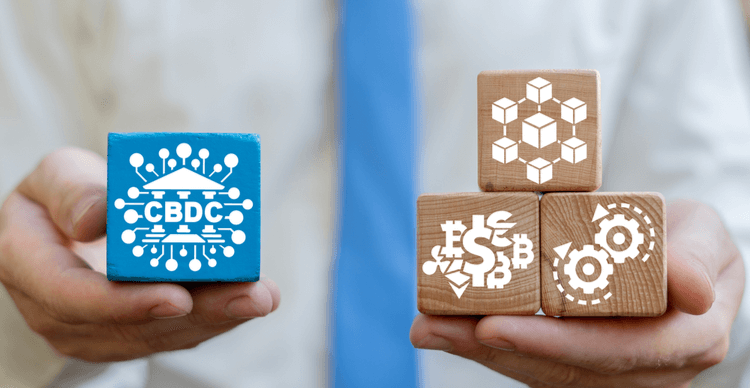 Central bank digital currencies (CBDCs) don’t pose a threat to crypto, according to a report from the investment bank Morgan Stanley

Despite the tremendous steps being made towards creating CBDCs, Morgan Stanley isn’t convinced that virtual assets will be a threat to crypto. Some analysts at the bank argue that digital currencies might impact the crypto market when they make their entry.

They also believe cryptocurrencies and other decentralised assets have multiple applications. This versatility makes them more appealing to potential investors. The bank’s chief economist Chetan Ahya asserted that most investors are already sold to the idea of decentralisation. It would, thus, be hard for CBDCs to compete against already established cryptocurrencies as the latter embody decentralisation and are more flexible.

“Cryptocurrencies will still exist as they continue to serve other use cases. For instance, some cryptocurrencies can function as a store of value… as some segments of the public do not place their full faith in fiat currencies,” Ahya said.

Financial institutions currently have divergent views on crypto assets, with some being in favour and others being against them. PayPal, Goldman Sachs, and BNY Mellon are among the major banks that have embraced cryptocurrencies, whereas others like HSBC have been hostile and strongly opposed.

Morgan Stanley points out in the report that those at the forefront will emerge at the top. The bank revealed that the macroeconomic conditions at present have significantly contributed to the growing appeal of crypto assets.

Central banks, on the other hand, don’t share the same opinion as other banking institutions. The majority of them are inclined towards leveraging blockchain technology into digital currencies. Blockchain has been lauded as a promising technology that’ll help eradicate currency counterfeiting, among many other problems. These central bank-issued currencies will consequently look to make transactions secure and faster.

Some industry experts are, however, against the idea of central bank-issued digital currencies. They contend that central banking will have absolute dominance over transactions and money flow. The experts warn that such power might end up throwing into disarray the ecosystem.