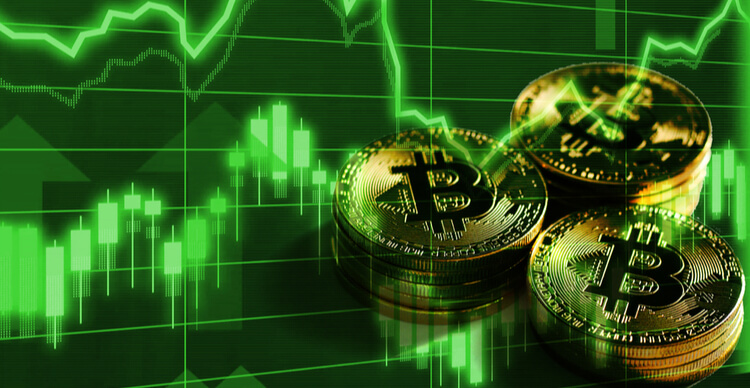 Former Goldman Sachs hedge fund manager Raoul Paul has described volatility as a friend in crypto trading. Pal argued that Bitcoin volatility is not as bad as many people paint it to be, adding that many crypto investors felt optimistic about the volatile nature of Bitcoin. In his opinion, it is because of this volatility that Bitcoin has managed to surge in value.

Pal, the chief executive of the financial media platform Real Vision TV, remarked that potential investors shouldn’t be put off by volatility. Speaking during a virtual conference hosted by MarketWatch, he urged crypto investors to perceive volatility positively.

“It’s a feature that drives the risk-reward,” he said. “So without that volatility, you can’t have compounded annual returns of 230%. Volatility is your friend on this occasion.”

Bitcoin has seen exponential growth since the first block was mined over a decade ago. Its all-time high price figure has changed several times during this period and currently stands near $62,000, set last month. The original crypto has been in an uptrend since Saturday and notched $61.3k yesterday before retreating to $60k.

Pal believes that volatility has been key in reaching these levels. He captured both sides of volatility in his argument, saying, “The volatility is highly skewed to the upside, [but that] doesn’t mean you don’t get sharp downside shocks, and you can’t see big moves.”

His remarks come barely two weeks since the US investment bank JP Morgan reported that Bitcoin’s price volatility was in a downtrend. The bank noted that many institutional investors were becoming drawn to the asset because of the dip in volatility. According to JP Morgan, these investors are after low-correlation assets that will help them diversify their portfolio effectively.

Pal’s opinion, on the other hand, contradicts the postulation from JP Morgan. He believes that these investors are attracted to Bitcoin because of the crypto’s high rewards. The ex-hedge fund boss went on to say that the investors are not being scared off by the cryptocurrency’s volatile nature.

He also spoke briefly about regulations in the crypto sector, asserting that many crypto users didn’t like regulations. He implied that he was in support of minimal regulations that promote innovation and bring in capital to the sector without causing harm.