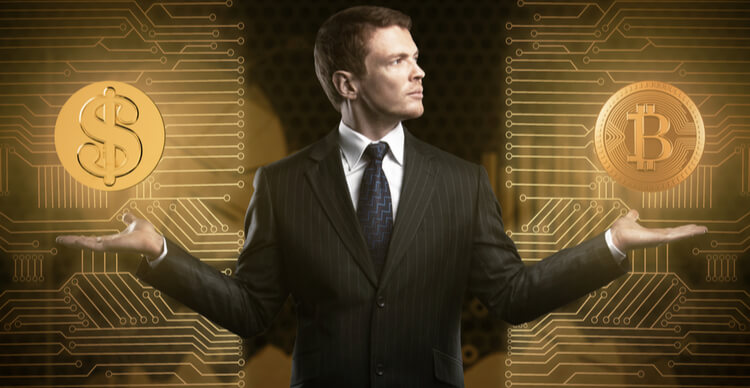 Galaxy Digital chief executive fears chaos may ensue as Bitcoin surges while the US dollar plunges.

Galaxy Digital CEO Mike Novogratz has warned that chaos will ensue as Bitcoin continues with its uptrend and the dollar crashes. The ex-hedge fund manager made the remarks yesterday in an interview on Bloomberg Markets where he delved into cryptocurrencies and other virtual assets.

“I don’t want to see the world fall apart. I don’t want to see yield curves steepen like crazy and the dollar sells way off, and Bitcoin rockets […] because it’s gonna be total chaos on the streets, but that’s what we are watching,” the financier said.

Novogratz also estimated that 1% of the total global wealth would be allocated into cryptocurrency by the end of the year. Currently, the US wealth is approximately between $130 trillion to $140 trillion, while global wealth stands at $400 trillion. The projection comes barely a week since the total combined market capitalization of all crypto assets eclipsed the $2 trillion mark.

He touched on the developments around non-fungible tokens and how people were moving to inject funds into them. He related the investments being made into them to those previously made into other digital assets.

Novogratz is himself big on the two leading coins – Bitcoin and Ether. He has also, in the past, backed a couple of DeFi projects, including Aave and Chainlink. On the flagship cryptocurrency, the Galaxy Digital founder said he wasn’t convinced that it would become a universally accepted payment method. He ruled out the possibility of Bitcoin being used to make purchases. However, he acknowledged that it is ideal as a hedge against inflation.

“I don’t think that Bitcoin is going to be what we use to buy shoes, or, you know, sunglasses or Diet Cokes.”

Novogratz believes the virtual assets that could cut it as payment methods are either digital currencies backed by central banks or stablecoins. He even predicted a war emerging between the two as they struggle to outdo each other as payment forms.