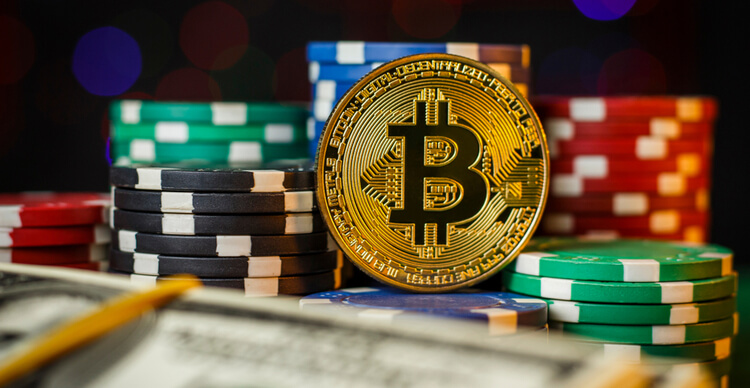 In an attempt to revitalise the entertainment software company Atari SA, Chief Executive Officer Frederic Chesnais announced its plans to start an Ethereum blockchain casino in partnership with Decentral Games. The venture will feature nostalgia-tinged games and Atari non-fungible tokens (NFTs), which can be leveraged to earn more digital currency. According to their joint statement, the companies believe bets will exceed $150 million in 2021 and $400 million over two years.

Atari Software is best known for pioneering arcade games, home video game consoles and home computers from 1975 to the early 1980s.  Founded by Nolan Bushnell and Ted Dabney, the gaming company behind the iconic Pacman is recognized for setting the prototype for Silicon Valley startups like Apple. Today Atari has developed a multimedia approach, transcending audiences and generations however it has struggled to make a comeback. As such its foray into Crypto does not come as a surprise to many, with the company recognizing blockchain technology’s expected impact on the digital entertainment industry.

Blockchain casinos have been met with both a degree of scepticism as well as interest, with crypto fans viewing them as the future of gambling, conducting hundreds of millions of dollars in transactions on networks like Justin Sun’s Tron. While others believe they contribute nothing legitimate to the digital asset space and further its speculative nature. Although they function like regular online casinos or betting agencies, they have the added benefit of blockchain privacy. However, they are also susceptible to the same problems as other cryptocurrencies such as high-risk and no regulations. NFTs have also been gaining traction as of late with companies like Twitter announcing that CEO Jack Dorsey has sold his first-ever tweet as an NFT.

According to multiple sources, the Atari Casino will operate in “Vegas City,” a virtual world based in Decentraland, whereby players will use an avatar to interact. It will feature Atari-themed games with some being luck-based, while others combine skill and luck. Players can win Decentral Games’ native token ($DG) by playing with MANA (+23.8%), DAI (0%) and Atari tokens.

Hop on board the #Crypto train with CedarFX, the world’s first eco-friendly broker. Experience high leverage, narrow spreads and no-cost transactions on all available assets including 33 #Crypto pairs. Choose between the broker’s pioneering Eco Account or 0% Commission Account and begin trading today!