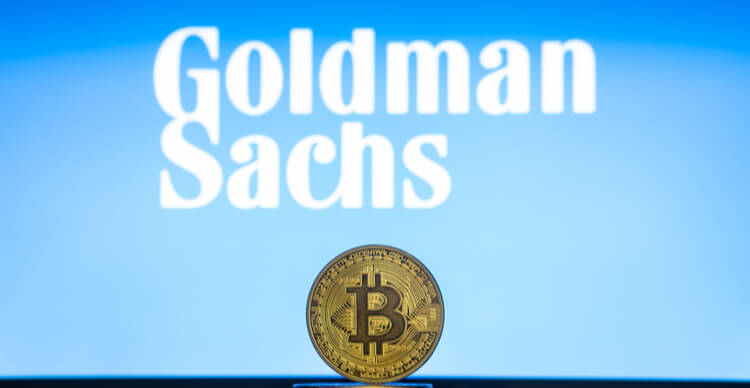 Goldman Sachs announced that it would be offering its wealthy clients access to Bitcoin investment vehicles starting from the second quarter. The investment bank is following the move made by rival Morgan Stanley, which made a similar announcement earlier this month.

Mary Rich, who was recently appointed as the global head of digital assets for Goldman’s private wealth management division, divulged this information to CNBC yesterday. Rich told CNBC that the investment bank wants to start offering Bitcoin investments in the second quarter of 2021.

She stated that “We are working closely with teams across the firm to explore ways to offer thoughtful and appropriate access to the ecosystem for private wealth clients, and that is something we expect to offer in the near term”.

Goldman Sachs intends to cover other digital assets in addition to Bitcoin. The investment options would be available via the physical Bitcoin, and also through derivatives or traditional investment vehicles, Rich added.

Goldman Sachs will be offering access to Bitcoin funds to wealthy private clients (worth at least $25 million). She highlighted that some investors feel Bitcoin is a hedge against inflation while others believe we are at the start of a new internet.

Similar to other financial institutions and corporate entities, Goldman Sachs intends to be in the Bitcoin game for the long-term. Rich stated that “We’re still in the very nascent stages of this ecosystem; no one knows exactly how it will evolve or what shape it will be. But I think it’s fairly safe to expect it will be part of our future”.

This move makes Goldman Sachs the second major financial institution in the United States to offer its wealthy clients access to Bitcoin investment vehicles. Morgan Stanley rolled out its plan earlier this month and will start offering access to the funds this month.