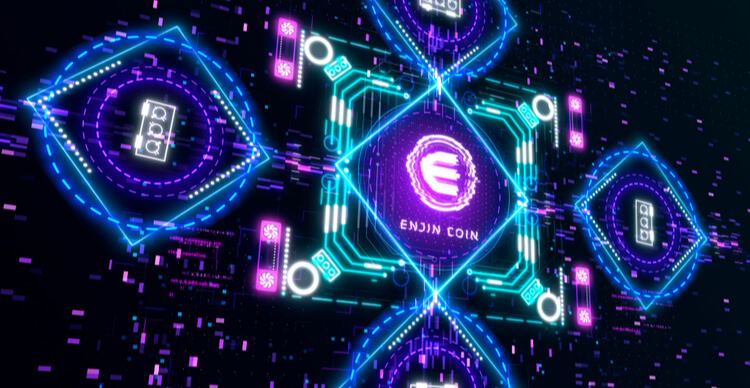 With famous artists and musicians jumping on the non-fungible token (NFT) bandwagon, NFTs seem to be becoming mainstream. In fact, NFT trading volume has risen from $12 million in December 2020 to over $500 million today.

However, there are so far no blockchains purpose-built for NFT users, and existing ones present problems such as high gas fees and a lack of interoperability between blockchains making collaborations difficult.

This is why Enjin is introducing Efinity, a cross-chain NFT highway. Built as a Polkadot parachain with the support of Parity Technologies, any NFT can be moved to Efinity from any other blockchain. As Enjin CTO Witek Radomski explained: “Digital assets should exist in a metaverse of blockchains. Opening up liquidity across multiple blockchains and use-cases will connect a broad ecosystem of creators, buyers, and sellers”.

Efinity will have low fees, handle up to 1,000 transactions per second, which will be confirmed in 6 seconds, and end-users won’t even need a blockchain wallet.

Parity Technologies Head of Public Affairs, Peter Mauric, said, “Minting NFTs on legacy networks is expensive—financially and environmentally. Polkadot has been designed to solve these structural shortcomings, providing a platform for launching the kind of production-grade infrastructure Efinity represents for NFTs: cheaper for creators and cleaner for the climate”.

Enjin’s native token ENJ will be used to back NFTs minted on Efinity and each NFT can be converted back to ENJ at any time, guaranteeing they will always have real world value. Efinity will also introduce ENJ staking–users can stake their ENJ to earn EFI, Efinity’s native token.

There will be a total supply of 2 billion EFI with 15% of them being reserved for staking rewards. EFI will be used to maintain the liquidity of tokens on the network, pay transaction fees and vote on the governance of Efinity.

Enjin CEO, Maxim Blagov, added, “Efinity is the end result of a technological and ideological evolution that crystalized over the years, ever since we pioneered NFTs in 2017—it’s a next-gen blockchain, but it’s also an idea, a movement, a vision of a future where digital worlds are free, decentralized, open, and accessible to everyone, everywhere”.