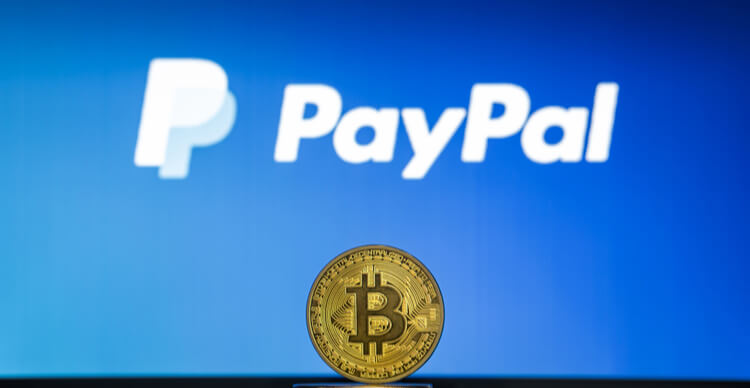 Online payments giant PayPal announced yesterday that it had started allowing customers in the United States to use cryptocurrencies to pay for goods and services at millions of its online checkout terminals.

The company stated that customers who hold bitcoins (BTC), ether (ETH), or litecoins (LTC) in PayPal digital wallets could use them to pay for services at any PayPal checkout terminal. The funds would be converted to fiat currencies at checkouts to ensure smooth purchases.

President and CEO Dan Schulman told Reuters before the formal announcement, “This is the first time you can seamlessly use cryptocurrencies in the same way as a credit card or a debit card inside your PayPal wallet”.

The move is expected to boost cryptocurrency adoption in the e-commerce space as PayPal is used at over 26 million outlets globally. PayPal introduced this feature after declaring support for cryptocurrencies last year. The company began allowing users to buy, sell and hold cryptocurrencies in October.

Its entry into the crypto space made PayPal one of the leading mainstream financial companies to adopt cryptocurrencies. Indirectly, PayPal’s adoption helped propel BTC and altcoins to all-time high prices over the past few months.

The adoption of cryptocurrencies by large financial firms like Visa, PayPal, Morgan Stanley and others have helped push its price higher in recent months. Wealthy institutional clients now consider Bitcoin to be a hedge against inflation and continue to find ways to gain exposure to the top digital currency.

Schulman said the company thinks cryptocurrencies can be used for real-world transactions. “We think it is a transitional point where cryptocurrencies move from being predominantly an asset class that you buy, hold and or sell to now becoming a legitimate funding source to make transactions in the real world at millions of merchants”, he added.

PayPal won’t charge transaction fees when checking out with crypto and wants to accept only one type of cryptocurrency per purchase.