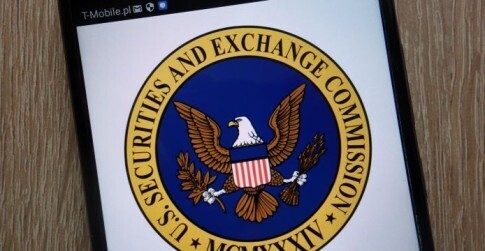 The US Securities and Exchange Commission has filed a suit against LBRY, accusing the crypto firm of registration violations

The US Securities and Exchange Commission (SEC) yesterday charged a New Hampshire-based crypto firm, LBRY, with an alleged sale of digital asset securities. The SEC claims that the startup company sold securities in the form of its token without registering them.

LBRY is a decentralised and user-owned content sharing platform that was launched in 2015. The blockchain company describes itself as a ‘new protocol that allows anyone to build apps that interact with digital content on the LBRY network.’ It has blockchain-based tokens in the form of LBRY Credits that can be used to publish or buy content on the platform.

The SEC, through the litigation release, argues that these in-house tokens i.e. LBRY Credits are securities. Their sale to investors, therefore, makes them an unregistered offering. The US regulator is seeking an injunction and civil penalty against the firm and its employees.

“According to the SEC’s complaint […] LBRY, which offers a video sharing application, sold digital asset securities called ‘LBRY Credits’ to numerous investors, including investors based in the US”, the commission detailed in the lawsuit. “The complaint alleges that LBRY did not file a registration statement for the offering and that the offering failed to satisfy any exemption from registration”.

The regulator also revealed that LBRY made over $11 million from the sale while benefiting from other rewards at the same time. LBRY, on the other hand, says the SEC suit is a threat to the entire crypto sector in the country. The company’s message voiced concerns similar to those raised by blockchain firm Ripple.

LBRY created a ‘Case Guide and FAQ‘ page on its site to address the matter following the news about the lawsuit.

The crypto startup wrote, “The Securities and Exchange Commission has filed a complaint against LBRY Inc. alleging that all distributions of LBRY Credits by LBRY Inc. are unregistered securities offerings. This claim is a tremendous threat to the entire cryptocurrency industry”.

The company disclosed that it had been working on its defence for the last three years since the SEC started looking into the matter. LBRY also added that it intended to let users know about the impending issue but was barred by the commission.