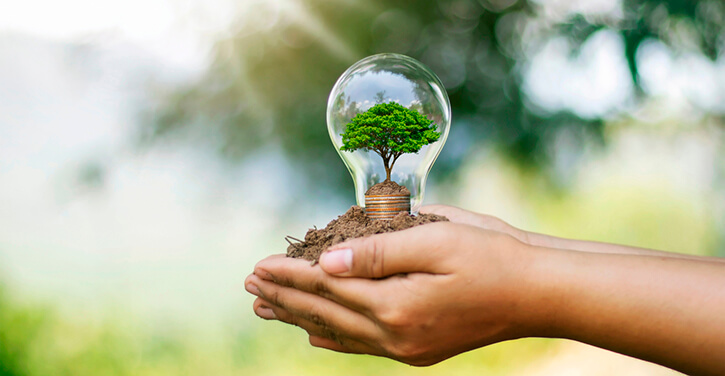 The announcement will create a more environmentally-friendly Bitcoin network, which currently consumes more electricity than Sweden

As Bitcoin has become increasingly more discussed recently, so too has its environmental impact. Research by the University of Cambridge estimated that Bitcoin mining had an annual electricity consumption rate of about 140 TWh.

This means that it accounts for 0.64% of all electricity consumed in the world, and it recently overtook Ukraine and Sweden in terms of annual energy consumption. Or, to put it another way, one year’s worth of the electricity consumed by the Bitcoin network could be used to power all the tea kettles in the UK for 31 years.

So it’s clear that change is needed, and the same research showed that there were other possibilities – the energy produced from biofuels and waste could power the entire Bitcoin network four times over, while hydro power could provide 30 times the necessary energy and solar, wind and other sources could provide 10 times enough.

Well, cryptocurrency mining company Argo Blockchain is doing just that. They announced today that they were teaming up with crypto tech company DMG Blockchain Solutions to launch Terra Pool, which will be the first Bitcoin mining pool to be powered exclusively by clean energy.

Chief Executive of Argo Blockchain, Peter Wall, explained, “Addressing climate change is a priority for Argo and partnering with DMG to create the first ‘green’ Bitcoin mining pool is an important step towards protecting our planet now and for generations to come. We are hopeful other companies within the Bitcoin mining industry follow in our footsteps to demonstrate broader climate consciousness.”

Miners will now have the opportunity to produce Bitcoin and other cryptocurrencies sustainably, as the pool will initially consist of the hashrate of both Argo and DMG, which is mostly generated by hydroelectric resources.

Chief Executive of DMG, Dan Reitzik, added, “DMG’s ongoing commitment to clean energy-based capital deployment is a key industry development. We believe this is an opportunity for continued growth as we develop a better understanding of climate-friendly operations while simultaneously integrating the newest and most innovative blockchain technologies.”