Bears have regained control of the market over the past 24 hours despite Tesla announcing its decision to start accepting BTC as payment for its electric cars. Tesla’s announcement helped bulls take control of the market, pushing BTC above $55k. However, the rally wasn’t sustainable as bears have now pushed the price below the $53k mark.

The leading cryptocurrency is now down by roughly 2.5% against the USD over the past 24 hours, while its weekly loss is around 10%. The bears might look to gain strong control of the market, likely pushing BTC’s price to the $50k mark.

Bitcoin touched $57,209 yesterday following Tesla’s news. The bulls were indecisive, and that allowed the bears to retake control, pushing Bitcoin’s price to a daily low of $51,500. Technical indicators suggest that the bears remain in control and could push BTC’s price to the $50k mark. 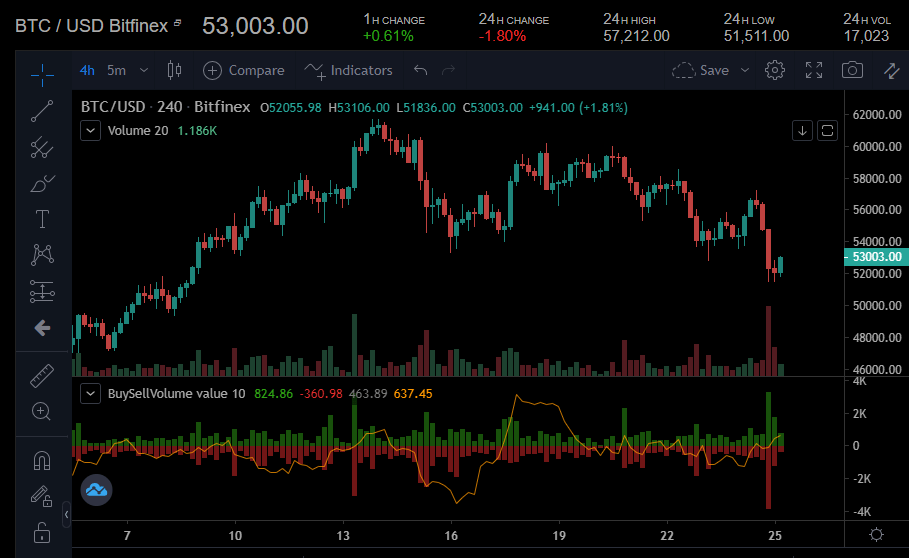 A look at Bitcoin’s 4-hour chart shows that it is already trading below the 100-day simple moving average (at $56,685). The RSI is a neutral zone of 38.78, which means that the market could move in either direction. It has to rise above 50 before the market can truly turn bullish. The MACD remains within bearish territory, signaling that the bears are in firm control.

Bears might be looking to set up resistance at the 50-SMA ($51,017), allowing them to finally push BTC below $50k. Meanwhile, if buyers take control, then BTC would be heading towards the 100-SMA ($56,685), allowing the leading cryptocurrency to attempt the $60k mark again.