TRX/USD is in a bullish mood, setting up strong support at the $0.06 level that could see it hit its 7-day high of $0.0685 over the next few hours or days

Bulls have taken control of the market over the past few hours, helping Tron (TRX) rise by roughly 3% against the US Dollar. TRX/USD was trading at $0.057 a few hours ago but has bounced back to set up support at the $0.060 mark. 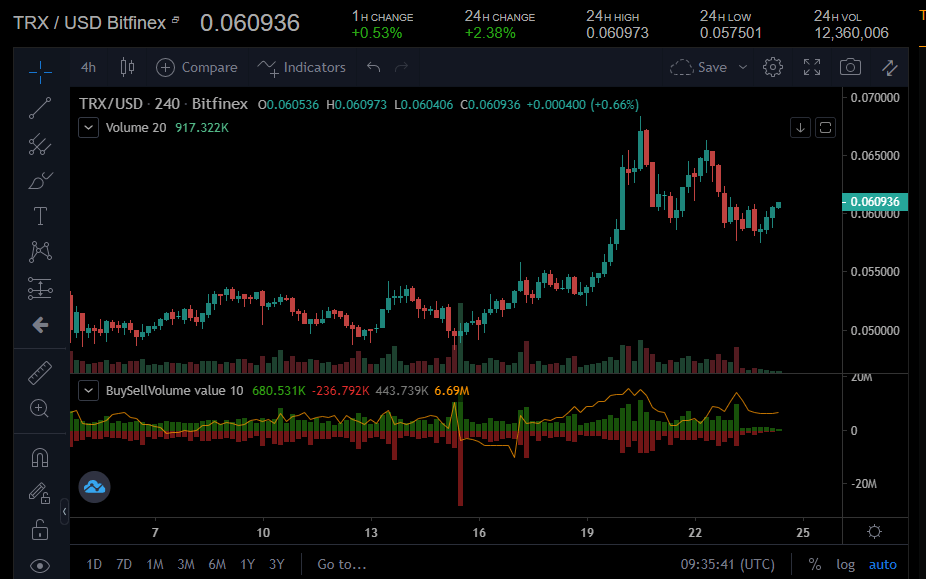 TRX’s performance coincides with the general bullishness in the market. Bitcoin is up by 4.3% over the past 24 hours, rising to the $56k mark after dropping below $54k yesterday. As a result, TRX is above the 100-day simple moving average on the 4-hour chart. TRX/USD could continue its bullish run towards its 7-day high of $0.0685 if the bulls keep control of the market.

The technical outlook for TRX/USD on the 4-hour chart shows that it has already surpassed the 100-day simple moving average. Thus, allowing it to set up strong support just below the $0.06 mark.

A continuous rally could see TRX establish its next support at $0.063, allowing it to surge towards the $0.0685 mark.

Tron partners with MixMarvel on NFTs

TRX’s performance could be boosted by Tron’s recent partnership with MixMarvel, a blockchain-based global game publishing platform. The partnership would lead to the development of NFT capabilities on the smart contract blockchain.

Tron is becoming a favourable NFT platform after Lindsay Lohan issued her NFTs via the blockchain last week.