Bitcoin dips at $60k while Ethereum stalls at major resistance

Bitcoin dips at $60k while Ethereum stalls at major resistance 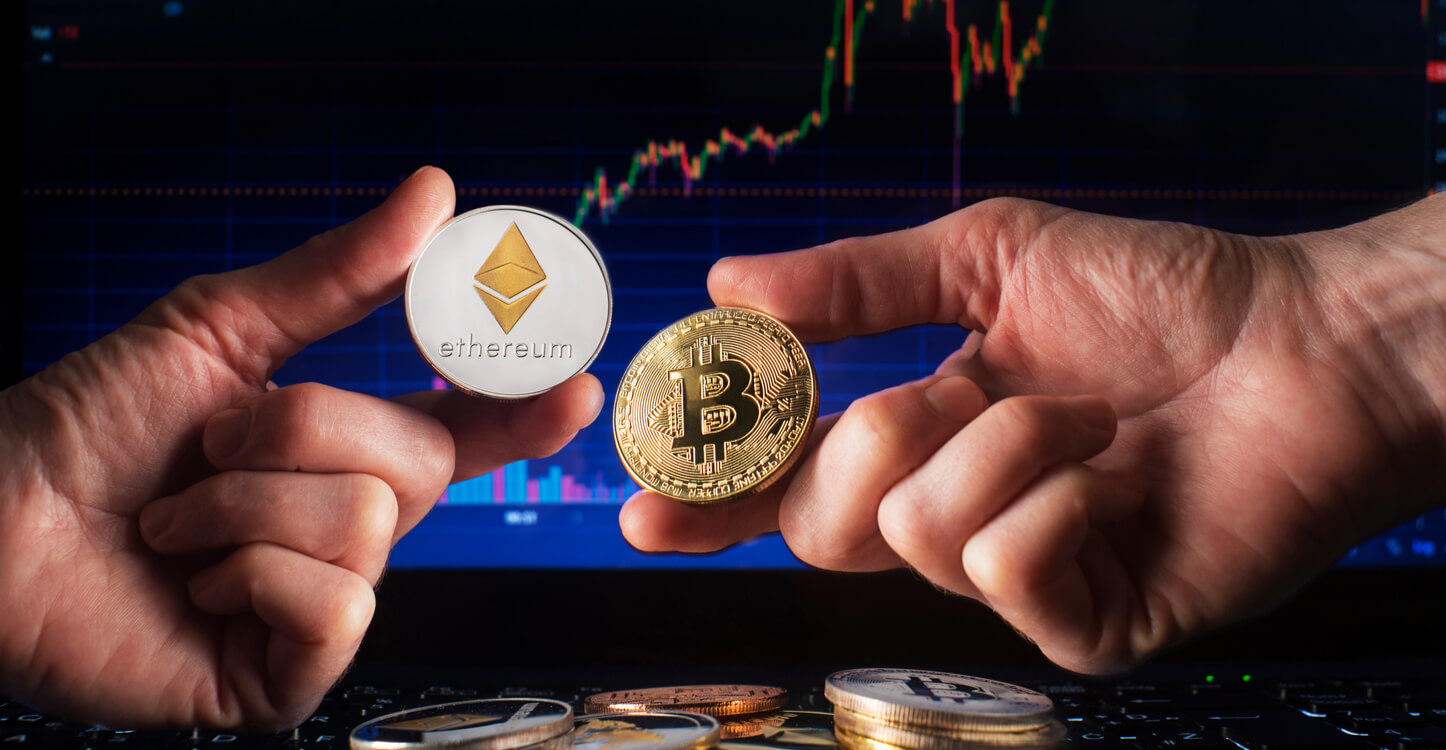 The two leading crypto assets are currently stalled at major resistance levels and seem unable to break through. Bitcoin itself reached $60k per coin twice in the last week, only to quickly correct both times

Bitcoin has been a topic of a lot of positive predictions over the past few weeks, and less than seven days ago, a report by Deutsche Bank openly claimed that Bitcoin was too important to ignore. However, just a few days later, the bank also noted that BTC will remain ‘ultra-volatile’ due to its limited tradability, noting that its illiquidity is an obstacle to greater adoption.

The bank’s report recognised that Bitcoin is now the 3rd-largest currency in the world, with a market cap of around $1.07 trillion. Another big development regarding the coin includes the new Bitcoin IRA program, which is a digital IRA that allows users to buy, sell, or swap cryptos for their retirement accounts. According to a recent press release, the program has seen more than $100 million invested into it, meaning that interest in BTC is continuing to skyrocket.

With interest growing, the popular brokerage app, Robinhood, decided to boost its crypto team and make a huge investment into the field, as its CEO, Vlad Tenev, said in a recent video Q&A.

Another prediction came from CoinGecko’s COO, Bobby Ong. He noted that the coin has the potential to hit $100,000 per coin in 2021, although he also warned that there are dangers ahead, and that BTC risks loom on the horizon.

Lastly, it is also worth noting that the Atlanta-based BTC ATM provider launched more than 100 new machines across the US, installing them in over 24 states. This is one of the biggest indicators that the crypto industry is, indeed, seeing greater levels of adoption across the US. Bitcoin ATMs have yet to be officially regulated, and as such, they only appear where there is a perceived demand.

Ethereum has seen a lot fewer mentions, as most of the community currently focuses on its different segments, instead of the project, in general. Its DeFi sector, of course, continues to thrive. In the meantime, the NFT craze has also been taking over the industry.

However, the few mentions of Ethereum were mostly positive. One example is a hint from a Messari analyst, Ryan Watkins, who said that Ethereum could overtake BTC once Ethereum 2.0 rolls out in full.

His logic is that Bitcoin is currently considered safer and that its monetary policy is highly predictable. Ethereum could end up dominating regarding both these things once ETH 2.0 launches, and so Ethereum might simply pick up BTC users who want the same benefits on a better blockchain.

Finally, a survey for US residents by Mizuho Securities revealed that over 10% of the 235 participants plan to use their incoming stimulus checks for buying BTC. If this sample is true, then more people are looking to invest into BTC than in stocks. This could end up bringing 430% to the coin, but that Ethereum could still outperform it, simply due to the benefits and interest that ETH 2.0 will bring.

Bitcoin and Ethereum held down by the resistances

According to CEX.IO data, both Bitcoin and Ethereum have run into strong resistances over the past few weeks, and can’t seem to break them. For Bitcoin, this immovable obstacle seems to be the $60k mark, which BTC reached twice over the past seven days, only to be rejected both times.

The first rejection came on 18th March, when the coin actually managed to reach $60,300, only to crash to $57k. After reaching the level again on 20th March, it was rejected even more strongly, to $55,550. Bitcoin has recovered slightly since then, currently sitting at $58,670.

As for Ethereum, it saw a similar journey, only its major resistance level is currently set at $1,850. The coin has been trying to breach this level for weeks, and over the past week or so managed to reach it twice. The first time, it was a result of a surge from $1,744 to $1,835, but the coin got rejected to $1,735.

The second one was a result of a somewhat slower climb between early March 19th and late March 20th, resulting in the coin hitting $1866, only to be strongly rejected to $1,750.

With the end of the Q1 now being only a little more than a week away, it would seem that both Bitcoin and Ethereum will indeed outperform my past prediction. We expected BTC to hit $50k by the end of March, but the coin is already $10,000 higher than that.

Our next prediction is that it will reach $80k by the end of Q2, which would mean that it has to go $20k higher than where it is right now over the next few months.

As for Ethereum, we expect it to reach the end of the second quarter at $2,200, since it will clearly outperform our forecast for the end of Q1 thanks to its correlation with Bitcoin.